Woman as an object 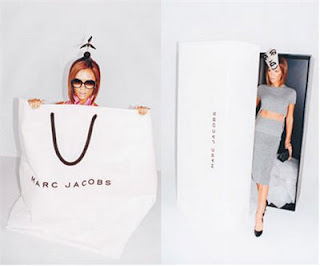 It seems absurd, but unfortunately it’s real. Instead of feeling embarrassed when watching this photo, that illustrates Marc Jacobs brand, the protagonists of the campaign seem to be proud of participating in such an undertaking.

The author of this very creativity is the photographer Juergen Teller. The model is Victoria Beckham, who doesn’t need a presentation. This primitive lack of delicacy caused an instant controversy in the advertising industry. But the polemic reached the boiling point when the protagonists have published their statements in The New York Times. The pictures speak by themselves.